Indian filmmakers have attempted involve the representation of LGBTQ community in the mainstream media to sensitise the issue of normalising their identities. Even so, they fail in providing the community with adequate participation in the industry as they feature cisgender actors to play queer roles.

The Ayushmann Khurrana and Vaani Kapoor-starrer Chandigarh Kare Aashiqui make a significant effort at portraying the difficulties faces by the trans community at personal and societal levels. Even though the actors were appreciated for their impressive performances, there is still concern on why Bollywood is hellbent on featuring a cisgender actress for a role of transwoman.

Though the industry is slowly making attempts to inculcate more such representation, it is still unclear as to how long they will be characterised by cisgender people. Here’s a list of 9 trans actors we hope to see more in films representing their community:

The trans actor has been working in Tamil and Malayalam-language films. She gained recognition after she worked in the movie Peranbu as the lead. Ameer was also the first transgender contestant to appear in Bigg Boss Malayalam.

Das started her career as a model and was seen in the dance reality show, Dance Deewane. She debuted as an actor in a 2019 web-series Ye Hai #Mandi as a brothel owner. She was also seen in the Netflix feature Bombay Begums as a transwoman.

Singh hails from Manipur and aspired to be an actor since her childhood and got her first break in Anushka Sharma’s production Pataal Lok for which she received great appreciation for her role of a transgender named Cheeni. 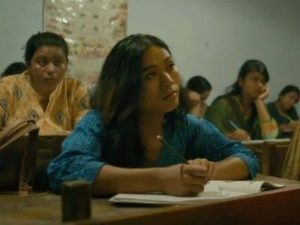 Subramanian is a trans rights activist and actor who gained recognition for her role in the movie Sarkar. She debuted her acting career in 2011 in the Tamil-language movie Narthagi.

She made her debut in Bollywood in 2019 with Ram Kamal Mukherjee’s Season’s Greetings and became Kolkata’s first transwoman to be featured in Bollywood. Shree Ghatak is also a terpsichorean, social activist and theatre artist. 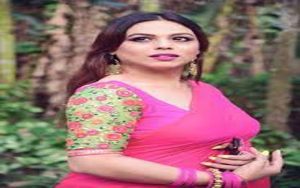 Marimuthu debuted her acting career with the film Nadodigal 2. She also represented India at Miss Trans Star International in 2019. She has also been a contestant at Bigg Boss Tamil Season 5.

Formerly known as Gaurav Arora, Gauri is seen as a contestant at Splitsvilla 2015. She has also worked with leading designers like Manish Malhotra, Rohit Bal and Tarun Tahiliani and has also walked ramp for major fashion weeks in the country. Gauri Arora is also seen in movie including Love Games and Raaz: Reboot. She has also starred in web-series like Broken But Beautiful Season 2 and Asur. 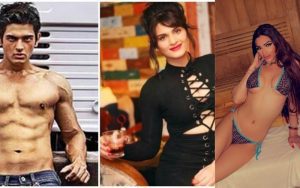 Indian-American actress Aneesh Sheth became the first trans character for Marvel as Gillian in Marvel’s Jessica Jones. She has also worked in series like High Maintenance, Outsourced and Difficult People. 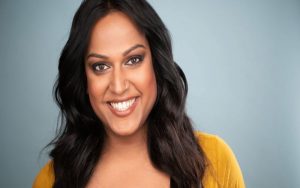 Sharma has been a part of many Bollywood, television and regional features. She began her acting career in movies in 2001 with the movie Style and has been seen in many great works since then including Navarasa, Chalte Chalte, Na Tum Jaano Na Hum. However, she hasn’t been seen in any works since 2018 after her role of Karry in the TV series Krishnakoli.

The LGBTQ community has continually attempted to normalise their identities in the society. The people belonging to the community are struggling on a daily basis to get adequate representation in all aspects of life. The community needs to be seen just as well it needs to be heard so that their identity can be acknowledged by cisgenders. We hope to see more queer people joining the entertainment industry so we can witness more of their representation.